This week we’ve prepared for you 5 surprising song facts that will blow your mind. Everyone will react differently to these facts; some of you will laugh, some of you will be really surprised, and some of you may be in disbelief. We hope we’ll get through to your emotions, and make you say ‘Can’t Feel My Face’ – be it from all the laughter that in extremely rare cases turns into an ugly cry, or from keeping your mouth open and your eyes still caused by all these surprises we’ve prepared from you. Anyway, let’s start!

Taylor Swift has five songs that go in one direction – in the direction of Harry Styles, Taylor’s ex-boyfriend, the member of the boy band One Direction. ‘Wildest Dreams’, ‘All You Had to Do Was Stay’, ‘Out of the Woods’, and ‘Style’ – all of these songs are about Harry. The devastating breakup between Taylor and Harry gave us great songs that’ll never go out of (Harry) Style.

2) Ed Sheeran Loves to Sing ‘Sing’ at His Concerts

Ed Sheeran is a talented singer/songwriter, and his voice is not the only thing he’s famous for. This twenty-four-year-old musician is obsessed with tattoos and has over 100 of them including a bottle of ketchup, a teacup, and a tattoo John Mayer personally picked for Ed that says ‘kool guy’. Every tattoo has a story behind it, much like Sheeran’s songs.

As Ed explained in an interview, he likes to write about everyday things and situations people can relate to. ‘The A Team’ is a true story about a homeless woman addicted to drugs that Ed met while he was performing at a homeless shelter. Another true story lies within the lyrics of ‘Small Bump’. Ed wrote this song after his friend lost a child.

‘Thinking Out Loud’ is a romantic ballad that rocks the top of music charts, but the lead singer of ‘The Script’ thinks it sounds just a little too much like Marvin Gaye’s ‘Let’s Get It On’.

On a side note, Ed’s a big fan of Elton John and Eminem, and while we speak about his music favorites, his favorite song from Swift’s 1989 album is ‘Bad Blood’.

Bonus Song Fact: While Ed Sheeran spent about $38 to produce the video for ‘The A Team’, Madonna’s video ‘Die Another Day’ cost $6.1 million.

Lana Del Rey is a talented singer of an Irish descent that had many stage names before she decided to stick with LDR. Her music belongs to a genre Hollywood Sadcore, and she’s the only artist representing this genre. Ever wondered what was the inspiration for her hit single ‘Video Games’? She was watching her boyfriend playing video games, and she decided to write a song about it.

Now let’s talk about something less obvious than how ‘Video Games’ came to life. Who is the Jim guy in Lana’s songs? Lana acts as a ‘Cheerleader’ when it comes to this guy, loving him and supporting him unconditionally. She mentions him in a couple of her songs including ‘Ultraviolence’ and ‘Hundred Dollar Bill’. While the references to who Jim is are clear in songs ‘Gods and Monsters’ (Jim Morrison) and ‘Jim Gnecco’ (Jim Gnecco and Lana were dating in the past), the other songs have another Jim in common – Jim Beam, bourbon whiskey that, as the jingle says, is soft like a kiss. In one of her interviews, Lana said that her first love was alcohol. The following line from ‘Ultraviolence’ makes our theory about Jimmy from a bottle 🙂 pretty solid: He hit me, and it felt like a kiss.

4) Nicki Minaj – the ‘Only’ Singer That Can’t Surprise You

She started her music career with a stage name Cookie, and if you didn’t read who this paragraph was about, you couldn’t possibly know who we are talking about (unless you are a hardcore Nicki Minaj fan). Surprisingly Nicki doesn’t like her recognizable stage name i.e. Nicki Minaj (she wish her name was changed from Minaj to Maraj ). However, what she certainly likes is attention – every single bit of it. Her music videos, interviews, celebrity feuds spell: ‘Watch Me’.

Nicki Minaj has some (read = a lot) controversial lyrics and music videos. Her song ‘Stupid Hoe’ was banned from TV. It’s speculated that the end of the song (specifically one phrase) would have to be censored and cause a really, really long beep sound. Her lyrics are to the point (and many of them explicit), so there aren’t many things about Nicki that may surprise you. ‘Where Are You Now’ surprising song fact when we need you? 🙂 🙂

5) Clap Along with Pharrell Williams

Some of you may think that the most surprising fact about Pharrell is actually his age – he’s 42. However, we think differently. The famous rapper, singer/songwriter and record producer has a photographic memory and talent to spare. In 2003, 43% of all songs that were playing on the radio were produced by Pharrell (The Neptunes).

All the ladies should thank Pharrell because if it weren’t for him, Justin Timberlake might not be present at the music stage as much as he is now. Pharrell produced JT’s debut album, ‘Justified’, and invested his talent in it which resulted in ‘Justified’ going platinum three times.

Williams was also the first-ever to release a 24-hour music video for the song ‘Happy’ and the video features Magic Johnson, Steve Carell, Jimmy Kimmel, etc. If you decide to clap along to this 24-hour video you’ll have to do this 8,640 times. Did we mention the song ‘Happy’ is one of the best selling singles of all time?

That’s all we’ve prepared for you. ‘See you again’ soon! 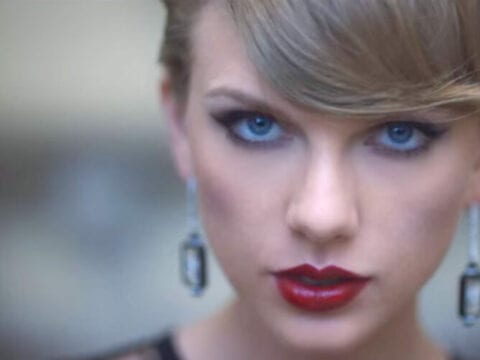 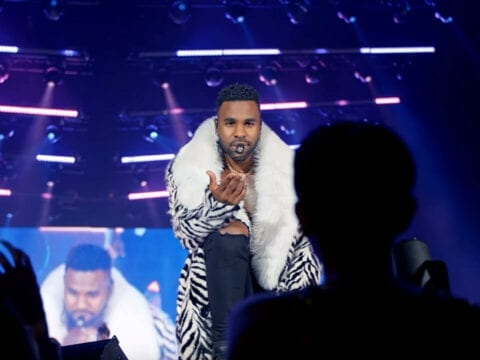