As one of the top pop/hip-hop acts to arrive on the scene with such presence, Macklemore and Ryan Lewis are certifiably one of the most influential acts to top the charts today. Their newly released hit, Downtown, is a nod to their musical influences with still holding their characteristic sound.

How it is Downtown

Since the duo’s Grammy-winning release, Macklemore and Ryan Lewis have been a group that many thought wouldn’t make it. Their song, Downtown, actually offers a nod to that fact throughout, but specifically in how the lyrics present the duo ahead of the game of their contemporaries.

Downtown also serves as a throwback for those who certain histories about what downtowns looked and felt like in the late 80s and the reminiscent emotions that can bring.

The lyrics discuss the success of the group and also present some insight into how they think of their success and that they are indeed the same people they have been all along and have not let success change them.

When all is said and rapped, Macklemore & Ryan Lewis offer a song whose lyrics may seem juvenile at first but is full of memories, emotions, and a nod to the credit they deserve as an artist at the top of their game. 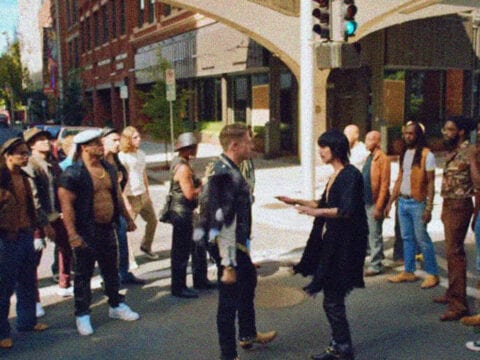