[Dave]
It's like, New York without a New York yanks
Better yet, New York without the New York franks
It's like hot summers without no A.C
Or never hitting numbers when you go to A.C
It's like six years of your life, go ask Rob
I'm like "Yo how is it?" he like "It's like hard"
Trying for that queen but you nothing but a man
You want to keep it clean but you can't
Why it gotta be, like, that
And what the life, see life is like a J shot
Shooters son, they got
One point one second, you half court
I'm feeling the adrenaline like you half court
Like pink slips and dipping these ink tips to paper
Imagine if we fuck around and lose Hip-hop
Imagine if it didn't exist
Imagine nothing shining your wrist
See, imagining to you is a risk
But think about it, like no chrome rims
And tims would be construction boots (ill)
We probably wouldn't even substitute (ill)
For words we use defining our likes
I'm coal mining these mics
To keep that gold nugget like Dave Megget
Giant like a motherfucker, like Dave said it
But ya ain't listening, ya paper gon' stack
Why it gotta be like that?

[Posdonus]
It's like, Slick Rick without the eye patch
More like, saying slick shit you won't catch
It's like bed time without your PJ's
Or no fed timing in out the PJ's
It's like, one minute you got it, then you broke
Like what I do with it? I copped a few with it
Looking like a problem, but you won't get it solved
You working but you won't get the job
It's like, who would of thought (thought)
It you would of bought (bought)
Into my religion you'd be more like God
But you were steady swimming so you more like cod
See these fools is fish scale, converting to ish male
See I see it like, A alike, be alike
I was taught, if you play alike, be alike
How they don't see it for one to go pop
And this is how you treat Hip-hop?
Imagine if you didn't have that phantom chrome sitting on a curb nigga
The word nigga wouldn't be a bit disturbing nigga
See them roots are like begging for the rain
You entering my kingdom just a begging for the reign
Putting shit stain to paper
Ink pain feeling like fifty-five licks on a slave niggas back
And not a one of y'all stopping to hate
But why it gotta be like that? 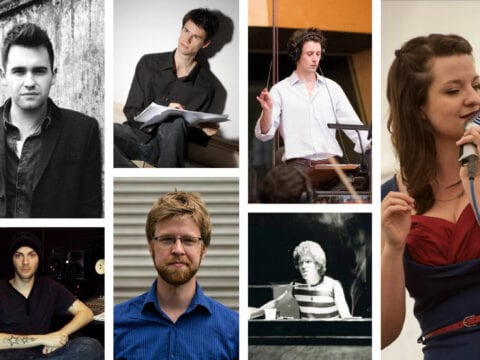 Songwriting Tips from 11 Expert Songwriters in the UK

By and Down
by A Perfect Circle

Let's Make a Night to Remember
by Bryan Adams