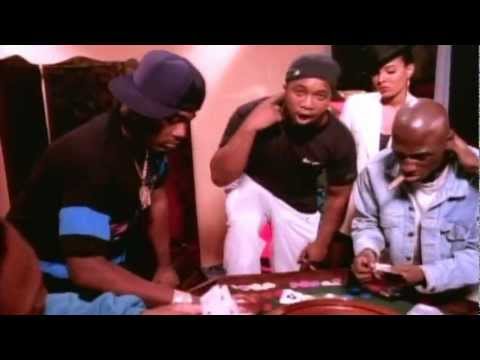 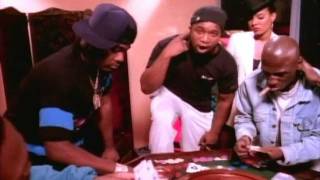 This one definitely goes out on a censorship tip
So everybody sit back, relax and have a champagne sip
We gonna teach these people out there who are
Against saying what we want to say the right way
ya know what I'm saying, so what we're gonna do
Is kick back, swing a little funky beat by my man
DJ Pete Rock, producer extraordinaire, yo Pete Rock
Make it clear

I can flex, bend, lend a pen to a friend
Keep a party pimping from now to then
I don't have to swear, curse or juggle
Lyrics in the verse to make a party bubble
So mister Censorship, tell me, what's your problem
There's girlies on the corner, and phifey can't solve 'em
How did she say it, I'm curious G
Does she say honey love me, or baby baby, funny
Anyway, we say what we want to say
Play how we want to play, feels good that way
So G Rap, huh, it's time to kick a verse
Do your man a favor and don't curse

You're telling me don't curse on a verse, they did it worse
First I put a curse on every verse
I kind of got outrageous
Check it, even made a record on how I'm doing on the be-I-T-see-he's
Drop some verses for the bust
Every word that you heard is cause I didn't give a f-, aw shucks
Hey yo, I almost forgot
The curse is a plot but it's getting kinda hot
So I'm a let profanity retire, hey
But if worse comes to worse, I'll cut you out like Richard Pryor
So Grand Puba, kick a verse
But do your man a favor and don't curse

Don't curse bust it
I won't curse, I'll take a famous curse word and just say kcuf
Kcuf flipped around the other way means ha
Boy when I do, I see, I can't get stuck
Jump on the mic then I earn a quick buck
Buck meaning loot, then I grab some boots
And set wit my troops
For those who can't follow and got stuck
Kcuf flipped the other way means ahem, hem hem
It's just a curse, I freaked a nurse in a hearse
But I made sure I had my hat first
CL Smooth, it's time to kick a verse
God cypher the rhyme, you can't curse

Go ahead ask me, when I kick a curse in a verse, I say nope
Grab you by your hand, wash you're mouth out wit soap
Thinking to be the last one wit the bad lingo
Scooping on the skins in the church from your bingo
Sounds of the Mecca, dark fresh from the tailor
Because they made a movie when he cuss like a sailor
Better yet, dialect dirty like a subway
Freaking for your loot, here to make it go the other way
In a vocabulary scrimage
But cursing in my village ain't good for my image
So Big Daddy, you know it's time to kick a verse
But do your man a favor, don't curse

Uh, the smooth rap inventor that enter
Parental discretion's not advised so there's no need to censor
Kiss on, peep it, but you want to beep it, what
I feel like slapping a sticker on ya (chill chill, see) but
Too magical rhymes are too tragical
For any source to stop Kane from getting capital
If I thought sticking me was dissing me
Man, don't you know that this would be worse than Stephen King's Misery
So clean all profanity, stealing all the man to be
Rocking any microphone you're handing me
So Heavy D, I'm about to disperse
So kick another verse and don't forget not to curse

God Bless but I can't mess around wit the curses
So I'm a kick verses or a verse
Soul brother number one here to kick facts
Smoke the microphone and produce crazy tracks
Your my bad bro, let's start the flow
I'm a kick rhymes till it's time for me to go
I can't curse cause Heavy D said so
Now I'm a get back to the subject
Get wreck, if you think I'm bluffing, just check
Wit the crew, Pete Rock and CL Smooth very down to earth
And we didn't have to curse

Yea, yea the Abstract poet Q-tip of a Tribe Called Quest
Here to wreck, ya know what I'm sayin'
Got my man Pete Rock and my man Heavy D in the house
And we're definitely chilling on the lifted tip
So bust the spit out, aha

Flim flam flim, lick my big black stuff
Plus I kick a curse to be rough enough
You can put the sticker where the sun don't shine
So back off and let me get mine
Visions in my head when it's dealing wit hits
If I had 4 girls then I lick 8 its
Wait, don't want to hear no drama
Cause the bum didaly Heav is a fav of my mama's
So i blew out get mad lifted
Don't have to say up the show that I'm gifted
God bless me 'cause I reach my 21st
Heavy D, don't drop a curse

Peace, peace, peace to the preacher
I'm talking about a verse without a curse that's how I reach ya
I can rock a party without a swear or a harsh verb
Backwards, no curse words, Heavy D prefers
So swing, swing to the Soul bequiem rhythm
Before I say goodbye, let me tell ya how I hit 'em
CL, Pete Rock, G Rap, Maxwell
Big Daddy, Q-Tip and ah me as well
Time to say peace, thank Pete for the beats
This funky beat was made for the street
Notice how clean that we kept every verse
But if worst came to worst (We all say a curse)

Post your thoughts on the meaning of "Don't Curse".

What Does Don't Curse Mean?