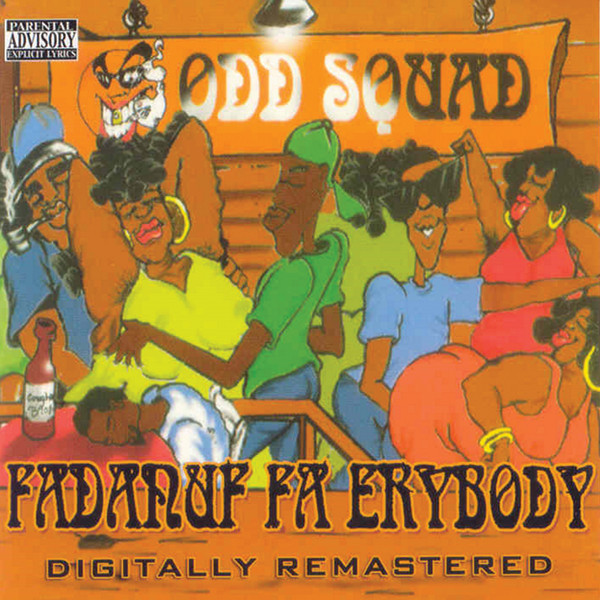 [ Devin ]
Well, it's me, that nigga D from the Odd Squad
Lettin you bitches know that we've been workin hard
We been puttin our hands together tryin to work hard on it
Cookin up a pot of soul, grab a bowl if you want it
Shit, we took our time but it'll pay off at the end
Get all the money and all the hoes that we can stick our dicks in
You got Jugg Mugg, Devin, Rob M-a-see
Give us $15, you got a fat CD
But don't depend on the radio cause all they play
Is DJ Snotty Nose and MC Don't-Know-What-To-Say
And when we hear they shit, man, we laugh at them hoes
They musta got off the pipe but they started smokin mo's
You need to get with the new crew and that's the O-double
D down with the G.B. 'makin trouble'
It took us a while to come out, but bitch
We wasn't frontin, we here to tell you a lil' somethin

[ Rob Quest ]
Kniggedy-knock-knock-knock upon the door, don't ask who is it
It's them niggas from the Squad here to pay a fuckin visit
And I'm gonna thrust my vocal pon this fat track
I got the knack to make an old crippled white man rap black
Ugh, so give me some dap if you heard somethin that you liked
All I need is an EPS and a mic
What do I have to do to make you see the vivid picture?
I keep you full like a Timmy Chan wing dinner
Swingin these rhymes on a Texas style tip, trick
Fuckin these hoes with the Texas-sized dick
Another hit from the fly one
Lookin for a better nigga, you can't find one
I have a beat quicker than you can get the rhyme done
But you better have my muthafuckin papes straight soon as I'm done
And that's comin from the heart
Peace to them niggas from the Bone Hard ( ? )
And this is dedicated to my crew
And big black ass [Name] forgot about you, fool
Tighter than panty hoes that's three sizes too small
Here's the beeper number, bitch, so you can give a nigga a call
And I'm Audi like Five Star rims
DJ Styles, get on the cut and won't you tell em

[ Jugg Mugg ]
On yeah, we're new on the set but not considered as new jacks
A long time comin, now we're puttin it in your back
Before we couldn't come out with a dope-ass track
A nigga couldn't wait to slap this bitch on wax
I'm here to say to all the rap musicians
The Squad's in the house here to claim our positions
Because we're Odd, yes hard
I pack a .357, so there's no need for a bodyguard
Kickin the funky skills that we know'll make your head bob
Just some potent muthafuckas outta Rap-A-Lot
So put the tape in, I bet you say it's bumpin
Cause it's about time that we told ya hoes somethin

Post your thoughts on the meaning of "Here to Say a Lil' Somethin'".

What Does Here to Say a Lil' Somethin' Mean?

ATWA
by System of a Down

Swan Song
by Set It Off

Dance Monkey
by Tones and I