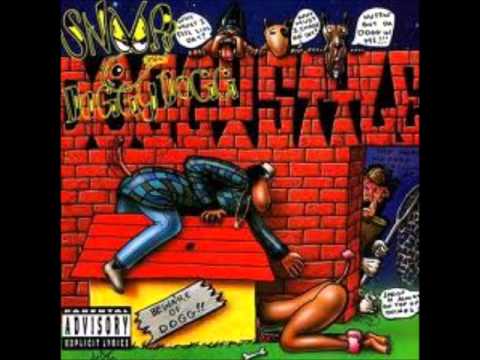 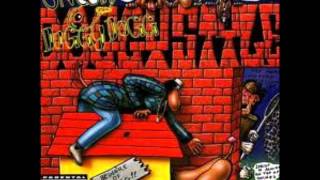 It's time to escape, but I don't know where the fuck I'm headed
Up or down, right or left, life or death
I see myself in a mist of smoke
Death becomes any nigga that takes me for a joke
We hit a five dollar stick, now we putting in work
Unaccountable amounts of dirt, death becomes all niggas
Anybody killer, you know what the deal is
Nigga, you know what the real is

I see some mark brand niggas on the corner flagging me down
Saying, "Yo Daz, what's up with the Pound?
Is that nigga snoop alright? Hey yo what's up with the crew?
Is them niggas in jail, or are them niggas through?"
I said, if you ain't up on things
Snoop Dogg is the name, Dogg Pound's the game
It's like this they don't understand
It's an everyday thing, to gang-bang
Make that twist, don't be a bitch, let these niggas know
What's up with you I represent the Pound and Death Row
And can't no other motherfucker in L.A. or Long Beach
And Compton, and Watts, see D-O-G's
Now, you can't come and you can't run, and you can't
See long to the G of the gang
One gun is all that we need, to put you to rest
Pump pump, put 2 slugs dead in your chest
Now you dead then a motherfucker, creepin and sleepin
6 feet deep in, fuckin with the Pound is

The cloud becomes black, and the sky becomes blue
Now you in the midst of the Dogg Pound crew
Ain't no clue, on why the fuck we do what we do
Leave you in a state of paranoia, oh
Don't make a move for your gat so soon 'cause
I drops bombs like Platoon (hey nigga)
Walk with me, hold my hand and let me lead you
I'll take you on a journey, and I promise I won't leave you
(I won't leave you) until you get the full comprehension
And when you do, that's when the mission
Or survival, becomes your every thought
Keep your eyes open, 'cause you don't want to be caught
Half steppin with your weapon on safety
Now break yourself motherfucker 'fore you make me
Take this 211 to another level
I come up with your ends, you go down with the devil
Now roam through the depths of hell
Where the rest your buster ass homeboys dwell
Well

(Wake up in the morning, to Lucky Charms cereal)

Deep, deep like the mind of Minolta, now picture this!
Let's picnic inside a morgue
Not pic-a-nic baskets, pic-a-nic caskets
And I got the machine, that cracks your fucking chest plates
Open and release them guts
Then I release def cuts
Brutal, jagged edged, totally ruff-neck
Now everybody scream 'nough respect to the X
'Nough respect given
Disrespect and you will not be living
Word to momma, Emma, drama, dilemma

(Wake up in the morning, to Lucky Charms cereal)

Post your thoughts on the meaning of "Serial Killa".

What Does Serial Killa Mean?