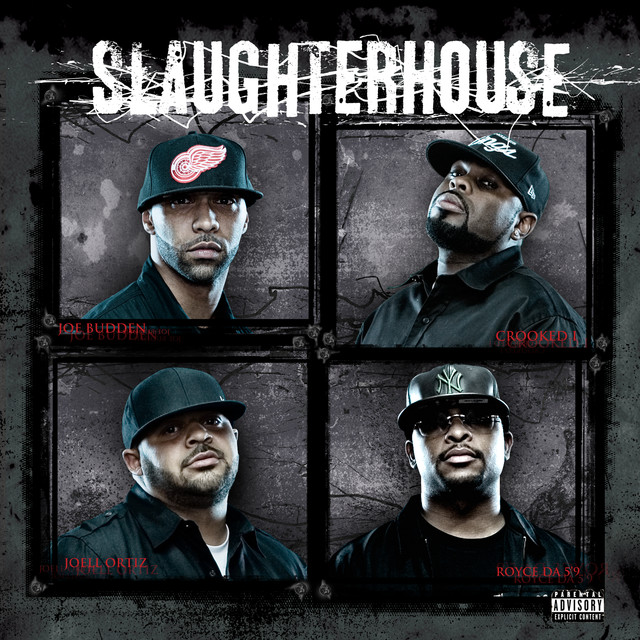 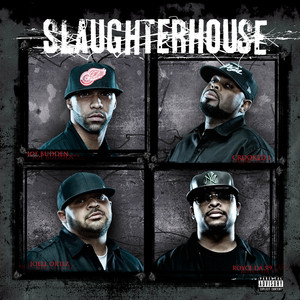 (Ohh!) Yeah (let's go!)
I said once upon a time in a city that's mine
There was a nigga named Nickel that spit like Big in his prime
He got a fifty two box, original tick in the mind
Listenin to 'Pac and them drop with a prestigious design
My niggaz is dimes, my bitches is dimes
I came up behind Eminem in '99 and I took the baton
I been runnin' shit ever since then, slaughtered MC's
Sit and watchin 'my green grow, like I'm waterin' seeds
The problem with me is I'm the heart of the streets
Niggaz callin' for peace, they can't even call the police
If I ain't better than you I'm harder to beat
Probably cause I live by the art of for-keeps
I get indicted after my product's released
We a different form, a different centrifugal force
Every line is like grippin' on a stick shift in a Porsche
My niggaz asked for direction to go on this track
I said fuck a direction, spaz out! Get 'em up high!


And for them wack songs that you made
I want you to throw your pin, but hold the grenade
Explode to your grave, and go straight to hell
When your soul is enflamed for the road that you paved
The role that played, in fuckin' up hip-hop
You owe so you paid, the fo'-fo' close to your brain
Closer than the close shave of a low fuckin' fade
Don't fuck with me, don't fuck with J-O-E
With Nickel we gon' make more cheese
Heavy hitter, call me Joell David Ortiz (what up!)
I point a burner at the plaque on your teeth
On some leftover shit, it's a wrap on the beef
I'm one in a mil', comin' to kill
It's like you wanting a pill, my gun put your back on the streets
Spine on the concrete lookin' at the sun
Eyelids heavy, "Why did Crooked have to come?
He was full of 'gnac and rum, like a bully actin' dumb"
Fully-automatic umm, that's Crooked havin fun
Listen, don't make a nigga find your dame
And make the dime give me brains 'til my mind is drained
Listen, don't make me grab a nine and aim
And how your dime did me, do yo' mind the same
But different, the West Coast king Crooked I
I'm a kamikaze pilot, I stay fly 'til I die, get 'em up high!

Here we go again, you know I'm him, Mr. Ortiz
Soon as I hold a pen I co-defend the sickest MC's (Slaughterhouse)
Pick a disease we got it, I vomit sniffle and sneeze
Lyrics squeeze, listen please, Lord help get rid of this fever
I'm like a hundred and fifity degrees
sixteen's used to be sweet, now they're a bit of a tease
A nigga need a infinite instrumental just to be pleased
Used to dream about livin' now I'm livin' my dreams
The bitches fiend, made my dick a machine
Maybe I'm wrong, maybe I am just as fuckin' big as I seem
When I'm spittin' this mean, me and government intervene
A couple presidents, literally live in my jeans
I give 'em residence, they just let me pick anything
When I'm in the mall, they show me the latest kicks on the scene
And I get 'em all, I ball like the nigga I am
Niggaz hate, bitches (Cheer) like Norm, Cliff and Diane
I'm in a state, of mind that should be the fifty verse
I run radio, but I don't use them itty bitty words
I ain't shabby with the nouns, I ain't shitty with the verb
When I reach heaven I want the nigga Biggie to be like "Word"
City slicker, New York delivery when I swerve
Hold that mic like the Statue of Liberty, I deserve
A shot at the title, 'Spitter of the Year'
E'ry year, let's be clear, put some fingers in the air
And hold 'em up high! [echoes]

Work on your half-court shot, I'm money from far
Get 'em mad, see a ape on your monkey bars
And that's rate, gettin' hate from the wannabe stars
And that's great, mean he feel it and know he numb
See that bullet comin' from around the corner
Like a shot from Angelina Jolie's gun; think Joey the one
I'm a fake? Ain't your run-of-the-mill
I'm from where they kill you for one of your bills
For me it's fun, your man think we evenly skilled
He Mel Gibson, all that shit he believe, gon' get his son killed
Play with a match, fuck what you take it as
No good straight jacket, all I did break the match
They say he talk tough with his fake ass
Four pounds put me in another weight class
(Great Escape) the (Pad)
Took the jumpsuit off my naked ass and ate the mask
You diss me, you wanna be a great that fast?
Take a fully-automatic and spray at gas
Me? Body a whole shit with a verse probably atrocious
In your whole camp, nobody focused
They say you the 'Ultimate Warrior', I agree
You die and come BACK, won't nobody know it
Drive by, screamin' it's a new crew reppin'
Hangin out the window, like it's "227"
Get 'em up high!

What Does Onslaught 2 Mean?

The British Are Coming
by Weezer

Walk This Way
by Aerosmith

Where Did the Party Go
by Fall Out Boy