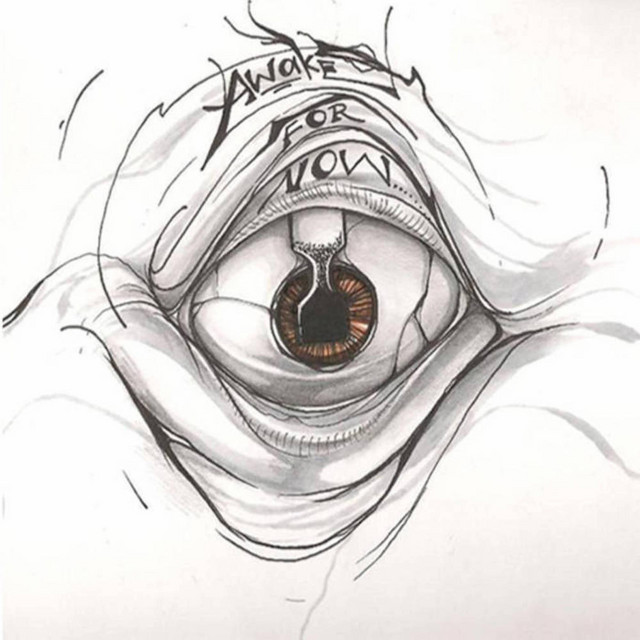 Constant contemplation, conversation with myself on a daily basis
I get that chance, I'm gonna take it
Some people take their time with it, my time has been forever wasted
How you gonna reach that potential pinnacle if you never chase it?
Trembling inside from the all the chalk lines I've been drawing
The outline doesn't outshine from the cloud nine that's been calling
I call my mother, call my father, call my brother, call my sister
Now place the phone upon Keziah's head so I can kiss her
I wish that I could place a phone call to a couple of friends...
But they've been doing so much cocaine, they can't comprehend
And I've been doing so much thinking, I don't think I'll sleep
Been trying to function off a few hours throughout the week
I waste away and wage a war with where I wish I was
I find that peace when I piece potential with what it does

I seem to slip within euphoric when exploring the dormant
While dominating what I'm making is a morgue meta-morphing
Into a mausoleum where they modify what I'm seeing
Until I see the light between the cracks that keep me from dreaming (OK)
I've been drinking out the wishing well that couldn't spare a quarter
I correlate my correspondence with corroding corners
A broken border that border lines what they board up
And boredom is begging me to be eager until the door's shut
Fuck... I'm seeing it slam in my face
I'm hearing a voice's advisory to react with irate
I'm raising the interest of giving with how much more can I take?
I'm making it seem like it's nothing but I'm still numb from mistakes
OK, I can run around in circles, jump a thousand mounds of hurdles
After going toe to toe with tenebrous, the bliss is fertile
I waste away and wage a war with where I wish I was
I find that peace when I piece potential with what it does

This promise that I'm keeping

I'll make it soon enough, so make some room
To infiltrate and renovate, rent is late so await the gloom
Glowing like the grandeur that was gleaming from the sun
But as soon as it was setting, I was sleeping with a gun
Started scheming just for fun, turned to fiending for the funds
Learned the fundamentals, now it's essential to be the one
Once upon a time, I pushed a life line to a limit
Now it lives beyond a broken box that bides time with a cynic
Sign times with a sentence like a prisoner on death row
Strapped in to an electric chair, blacked out, so I let go
Woke up in a dark room, now I'm yelling out to an echo
Felt free from the melting, and the straps off sorta said so
Something in me said go, so I got up and I got out
And I got love for the ghost town that I came from, but I lost count
The amount of mother fuckers that'll put fangs on a neck
To nullify the living that was caged in from the flesh... yes

Post your thoughts on the meaning of "Nullified Living".

What Does Nullified Living Mean?