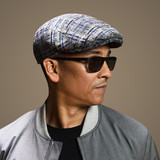 Who is Xavier Naidoo?

Xavier Kurt Naidoo was born to an Indian father and South African mother and sings in his native German and occasionally in English. He is recognizable by his soulful voice and his own Christian lyrics. He has been critically and commercially successful and collaborates with many recording artists. His third album went 4x platinum and he already has an MTV Europe gong and an Asterix movie track. He frequently records or tours with Söhne Mannheims and spreads his strong Christian beliefs and generally helps other bands make it.

2
8
That's the Way Love Is
by Xavier Naidoo

0
14
Keep Your Eyes on Me
by Xavier Naidoo

That's all the Xavier Naidoo songs we got.

That's all the Xavier Naidoo albums we got.