Many view music as a universal language, as simply placing words and symbols on paper. But in reality, music is an artist’s way to express their feelings and thoughts. Their songs reflect emotions that cannot be articulated any other way.

However, you do not have to be among the masses who listen to songs daily without understanding their meaning. Here are a few ways that you can interpret the lyrics that you enjoy.

Step 1: Think about the lyrics

Song lyrics are often misinterpreted for this simple reason: the words are misunderstood. For instance, when asked about the chorus of Creedence Clearwater Revival’s “Bad Moon Rising,” some people say it goes like this

The interpretation of these lyrics are going to be very different than if you were to interpret the real lyrics:

Don’t go around tonight
Well, it’s bound to take your life
There’s a bad moon on the rise

Will a Heavy Metal song talk about being married until eternity begins? Maybe not. Can you count on a Rap song to double as a sweet lullaby for the kids? Not really. Understanding the genre that a song belongs to helps you become knowledgeable about the underlying meaning attached to a track. A rapper may reference the lilies in the field, but his allusion will not hold the same meaning as an R&B singer who discusses flowers.

Step 3: Do Not Neglect the Time Period and Artist’s Personality

A song written during the United States civil rights movement of the 1960s will more than likely reflect the events that took place during that time period. Similarly, a Pop song composed near the end of the twentieth century will probably reference Y2K.  Several artists, including Alicia Keys and the late Marvin Gaye, have been known to incorporate significant social events in their lyrics.

In addition to being aware of the era, it is also important to understand the artist’s personality. For example, Alicia Keys is a known activist who believes that women’s rights and other forms of equality are needed in society. It would only make sense for the majority, if not all, of her songs to convey her reasoning. In essence, discovering an artist’s passion and connecting it with the time period they are writing is the best way to interpret songs accurately.

Step 4: Listen for Detail and Main Points of Interest

Does your favorite singer keep belting out, “Love one another”? Perhaps he is trying to tell you something. Anyone who knows a little bit about singing is fully aware of the passion involved with the activity. Although all of the words in a melody are important, some phrases resonate with the artist more than others. It is typically these sayings that are delivered with an unusual amount of power. You should pay close attention to such words in any given song as they are probably its theme.

Step 5: Is there a “right” or “wrong” interpretation?

Since music is made to bring out the emotions of the heart, each person who listens to a song may interpret it differently. When you hear a song about two people falling in love, it might make you happy, sad, or wistful. 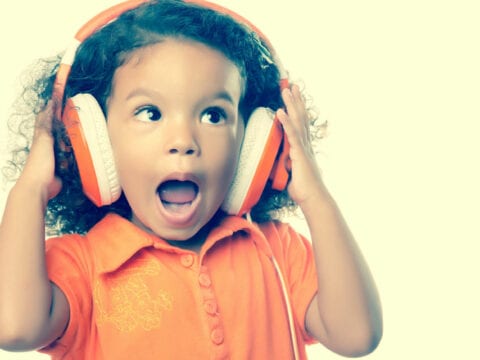