Rappers who are relatively new to the scene always have that one song where they collaborate with a well-known, older rapper. In Yelawolf‘s case, his single, Best Friend, has him collaborating with the legend himself, Eminem. And unlike some songs where the rapper’s washed-up, Eminem has proven that he’s still the real Slim Shady. But what’s this song about?

First, we’ll look at Yelawolf’s verses. These seem to be a brief autobiography about himself. People judge him for having tattoos and claiming he won’t get anywhere in his life, yet although he’s never been much of the church type he believes. The hook seems to claim God to be his best friend, and he uses God’s trials as inspiration for his career. When you wish hell upon my soul and spirit/Behold these lyrics.

Verse two seems to explain that he has these beliefs because of him being raised in the Bible Belt. He also claims that his mother beat him, and therefore he doesn’t trust women because of it. Despite his hardships, he tries hard to respect people for what they believing in. However, if you spit on my f****** grave, or in other words, if you try to hurt him,  he’ll send you straight up to my best friend. With his best friend being God, you can deduce as to what he means. He’ll get violent if someone sets him off.

Eminem then dishes out his rampaging verse, and his POV seems to reflect Yelawolfs. He has a temper when people start drama with him. Despite the fact that he’s older now and trying to put closure to his beefs, he still feels like he’ll get roped into it. Like Clint Eastwood looking for peace, he will probably have more haters, and with a skin as thin as twine, he’s going to fight back.

Once you remove the violent metaphors, the song teaches a good lesson. Try to be a good person who minds their own business, but if someone’s harassing, slandering, or bullying you, don’t hold back any punches, whether figuratively or literally. 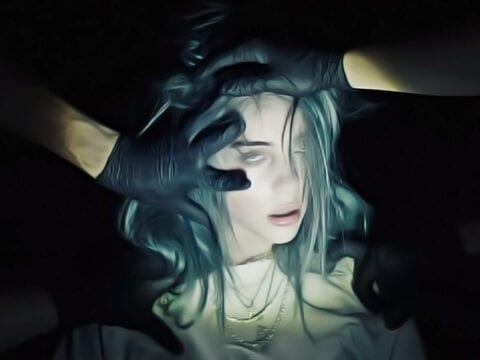