One of the most nonconformist rappers in the game enlists Travis Scott and Offset for a banger under the name of ZEZE. Below we’re going to find out what Kodak Black wants to tell us in his latest single.

The song starts with Travis Scott giving us a small introduction into his lifestyle. As we probably know by now, Scott loves to show off in his Rolls Royce Phantom while cruising around during the nighttime. When it comes to living, the rapper prefers to reside in a mansion somewhere on an island, especially when he records his music.

Took an island, (Yeah) flood the mansion (Big water)
Dropped the roof, more expansion
Drive a coupe you can stand in (It’s lit)

Kodak Black tells us that he prefers expensive cars as well while also going for jet flights when it comes to long trips. This is where Kodak makes his first reference to ZEZE when he says “That’s that Z s**t”, Zoe Pound being the Haitian gang Kodak is currently repping.

Blow the Brains Out the Coupe

In the First Verse, Offset tells us that he prefers coupes when it comes to cars and cute ones when it comes to women. One thing we should not expect the Migos rapper to do is to talk to the police as he is clearly sticking to the silent code since several of his homies are currently locked up. In his verse, the rapper also suggests that even if he parties a lot ever since he got rich, he never forgets about his people. This means that every time someone wants something from him, they got to pay up, or else it’s never going to happen. If someone has something to say about that, best believe the rapper and his crew will take care of it in the most decisive way possible.

Kodak Black tells us in the Second Verse that he is a fan of muscle cars (Dodge Challenger Hellcat) while suggesting that he can do whatever he wants with his money since he’s a self-made millionaire. Even so, the rapper warns his enemies that he always protects himself even when attending popular events such as the BET Awards. Basically, Kodak tells us that if he needs to do some dirt, he’s going to do it but otherwise he prefers to stay safe. That’s why he moved his entire family to Calabasas, California. The rapper also brought his unique style with him in Calabasas with big jewelry and expensive cars and according to him, the ladies love it every time he rides around the city.

An Amazing “One of a Kind” Fact About ZEZE

Unsurprisingly, the ZEZE video went crazy viral due to its overall plot. No kidding, the video is funny as hell. Of course, it pissed off many people in the process –with many people claiming the video is complete trash. Maybe it’s because the video is a mix of behind the scenes shots and a mix of ‘green screen’ video production. Maybe people don’t have a sense of humor. Who knows? And more importantly, who cares? Because in truth, that’s how you know a song is really something special –it becomes a talking point or in this case, a viral meme.

The Instrumental Was a Hit Way Before the Song

Quite honestly, as long as any rap artist worth their salt breathed anything with just an ounce of rhythm on the ZEZE instrumental, it was set to take off and blow! The fact that Kodak Black, Travis Scott, and Offset did a fantastic job on the track simply put the nail in the coffin and gave the instrumental –and the song –immortality by turning it into a straight classic.

When it’s all said and done, D.A. Doman, the ZEZE instrumental producer, did one hell of a job with that track. It’s an artistic, weird mix of laid-back bounce, funk, passion, desire, and hype all in a single track. The man really outdid himself with this one. Just check out the reaction from Kodak Black himself before he breathed a single word that made it on the final track.

A Cool Dance – Check It Out

Kodak was obviously really into it. But who can blame him though?

In a RollingStone magazine interview, D.A Doman states that after posting the “coming soon” video clip of Kodak Black dancing to the instrumental on his Instagram, people ripped the audio off the one minute long Instagram clip and were playing it in their cars, and at their parties in some of the most hopping clubs in New York, L.A., and London. Then the actual record inevitably went on to blow up and debut at number 2 on the Billboard Hot 100.

You know It’s Something Special When…

D.A Doman states that everyone kept saying, I’ve never seen an instrumental before the song came out blow up like this. And it’s true.

In the ZEZE producer’s own words…

“Obviously there have been countless amazing hip hop instrumentals that are super classic, but the difference is that those got famous after the song with them came out. This is something that the song hadn’t even been released yet. Nobody even knew what the song sounded like. And the beat just blew up with no lyrics on it.”

One of a kind right? You Bet! 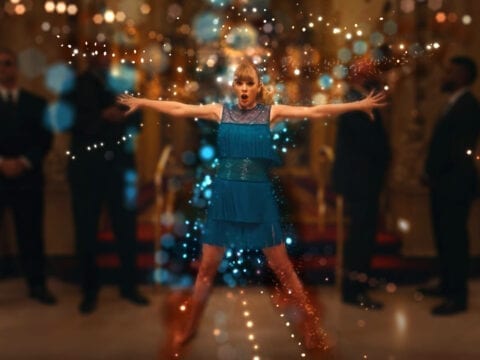 What Does The Weeknd’s Lyrics in “King of the Fall” Mean?