We’ve all seen images of mansions, cars, and other incredible luxuries owned by best-selling musicians. It’s one reason why so many people dream of becoming music stars. But how did those artists make so much money?

Musicians Make Most of Their Money From Ticket Sales

Of course, many struggling musicians will tell you that playing gigs every few days may not pay all their bills. Many economic factors go into live performances that are the keys to artists making millions of dollars on tour.

How Much Money Do Musicians Make From Touring?

For popular musicians, touring brings in a lot of money. Of the highest-grossing music artists of 2019, some like Ed Sheeran, Eagles, Elton John, and Metallica made a vast majority of their money from touring. Sheeran’s record-breaking 2017-2019 ÷ Tour grossed $776 million over 255 dates, averaging more than $3 million per concert.

But that doesn’t mean that Sheeran went home after his tour $776 million richer (though he still made a lot of money). After paying production and travel costs, several parties would share revenue from ticket sales, including the venue, promoters, crew, and opening acts.

However, ticket sales are not the only way that music artists make money on tour. Other potential revenue streams related to touring include:

Many artists also sell add-on platinum ticket packages that include premium seating, exclusive merchandise, and even meet-and-greet opportunities to concertgoers.

The economics of touring are complicated and vary from artist to artist, and some artists have negotiated special deals. For his 2013 summer tour, Kid Rock sold tickets for as low as $20 because he negotiated a higher cut of the concession sales and parking fees with promoters, a model he has followed on subsequent tours.

How Has COVID-19 Affected Music Tours and Revenue

The COVID-19 health crisis resulted in nearly every 2020 concert tour being postponed or canceled, which was terrible news for many musicians – particularly those that no longer release top-selling songs. In fact, for many artists touring is their primary source of income – 1960s musician David Crosby speculated in March 2020 that if he couldn’t go on a tour that summer that he’d likely be unable to pay his mortgage. Thus, it has been a difficult period for many music artists whose primary revenue stream is touring.

Sync licensing of popular music for commercials, film, television, and video game productions has been extremely lucrative for musicians. In one of the most famous music licensing deals in history, Microsoft reportedly paid the Rolling Stones $3 million in 1995 to use the song “Start Me Up” in its marketing to launch the Windows 95 operating system. Similarly, in 1999 AC/DC was paid $500,000 for the use of their song “Thunderstruck” in the film Varsity Blues.

Ultimately, it is up to music artists and their management to determine the price they will set for their music and whether they are willing to license their music for particular projects.

Though streaming music has become increasingly popular with consumers because it offers virtually limitless access to songs, plays on streaming services like Spotify, Tidal, and Apple Music, unfortunately, amount to tiny fractions of a cent per stream. Depending on who wrote and recorded the song and the artist’s record deals – including contracts that artists may have signed decades ago before streaming even existed – several parties would divide those small payouts into even smaller payouts.

For example, while appearing in Congress with ASCAP to speak about this issue, musician Peter Frampton revealed that for 56 million streams of his song “Baby, I Love Your Way” (a song that hit the Billboard Top 20 in 1976), he received approximately just $3,000 in royalties.

Of course, for songs that are massive hits, those streams can add up to sizeable amounts. On December 24, 2018, Mariah Carey‘s 1994 hit “All I Want for Christmas is You” broke Spotify’s single-day record for streams of a song with 10.819 million streams. A study by Broadband Deals estimated that the song earns $600,000 in royalties during the holiday season. As the co-writer and performer of the song, Carey likely sees a not-insignificant “Christmas bonus” each year.

Just about every major corporation has sponsored concert tours, and it became even more commonplace after cologne Jōvan Musk paid $1 million to sponsor the Rolling Stones’ 1981 American Tour. Though some artists have refused to engage in corporate sponsorship, others have worked out mutually-beneficial partnerships that have been incredibly valuable.

In 2016, Lady Gaga embarked on her three-date Dive Bar Tour at small venues sponsored and heavily promoted by Bud Light. All tickets were distributed for free to contest winners, and the concerts were live-streamed on the Bud Light Facebook page. Bud Light has since expanded its Dive Bar Tour sponsorship with many other artists to promote its beer.

Product endorsement is another way for music artists to receive income because of their network and celebrity status. These endorsements range from the obvious like musical instruments to the Sex Pistols’ Johnny Rotten pitching Country Life Butter in commercials. Many artists have taken this a step further by developing their very own product lines, with artists like Kanye West and Rihanna earning more money in some years from their fashion lines than from their music.

With COVID-19 forcing most artists to cancel touring plans for the foreseeable future, endorsement deals for product placement in live stream performances have become another way for musicians to make money. 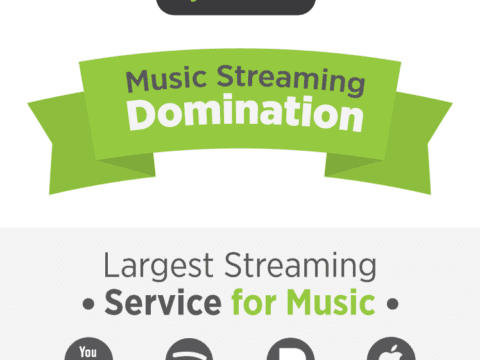