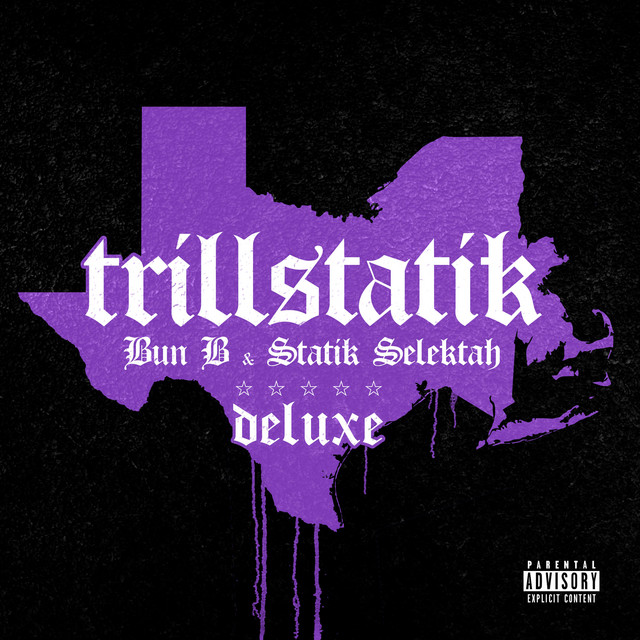 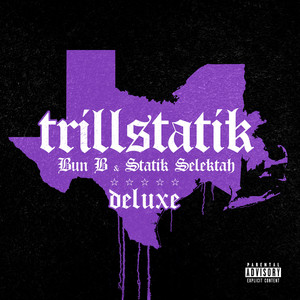 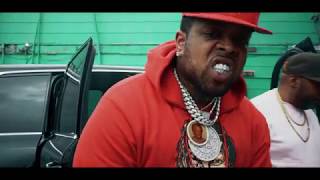 Ayo, I know some lowhead status stick you for your horse
No remorse, I weigh the MAC-12 out the Porsche
Surely you and me look alike, I sell brick for sport
When you're on the red y'all some Kings stabbed a (one?) in court (nah)
40 with your dick make the whole crowd scatter
All my niggas rich, from the shooter to the bagger
Balenciaga duffle bag filled with whole slabs
Step on these rings you gettin' toe tag (Boom-boom-boom-boom)
Trillstatik, you know this shit don't write
I swear I been fly my whole life
A nigga be paranoid
I sleep with the pole every night
God is the greatest, looked at my plug like we made it
My style look like Kerry James Marshall painted it (ah)
I heard your album and I hated it

Fuck it, you need to stop rappin' nigga and wait a bit
A bulldog with the leash off
Grabbed the gloves and polished the piece off
Yo fuck homie, he soft
And I'm concrete, realest nigga on feet
The shotgun is riding shotgun, I'm feeling complete
Don't ride down Bun's street, it won't end good
I'm triple OG motherfucker, I've been good
From the west side to Windwood, haters know
You barkin' up the wrong tree, that ain't the way to go
Pull a big thing with them extras out
That's what that big boy flex about, you niggas up next, I'm out
'Cause I don't really do this sucka shit
For real, you must not know who you fuckin' with
It's 100 when you see me
I get jewelry from Mike Jordan, man you niggas couldn't be me
I used to have a pocket full of stones, now I got properties and homes
There ain't no stoppin' me, it's on nigga

Uh, hangin' out with Bun & West
Grab my gun and vest
100 percent chance body died, know nothing less
Before the live streams, it was Con scenes
Mercedes Benz with the rims since I was 19
Greatest Puerto-Rican rapper since Joe and Pun
You could line up a hundred and couldn't show me one
Take my time with this verse until I know it's done
My mama had nightmares, they killed the only son
Walked into the store to cop a Limbase
Some kid got shot in this mente, they ended his day
My whip the color of yay, but I don't whip yay
When I did, it was heavy, I had my shit sprayed
Now we streaming on TIDAL, they let this shit play
Made history with my idols, we had a big day
It's Trillstatik 'cause real hip-hop matters
You can bite the idea, but we had it before you had it, facts

What Does Concrete Mean?