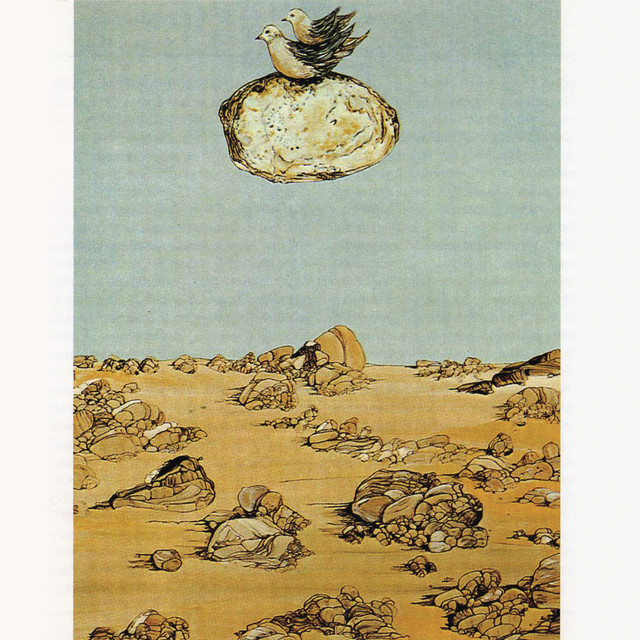 Sunshine came softly through my a-window today
Could've tripped out easy a-but I've a-changed my ways
It'll take time, I know it but in a while
You're gonna be mine, I know it, we'll do it in style
'Cause I made my mind up you're going to be mine

I'll tell you right now
Any trick in the book now, baby, all that I can find
Everybody's hustlin' just to have a little scene
When I say we'll be cool I think that you know what I mean
We stood on a beach at sunset, do you remember when?
I know a beach where, baby, a-it never ends
When you've made your mind up forever to be mine

Hmm, hmm, hmm, hmm, hmm
I'll pick up your hand and slowly blow your little mind
'Cause I made my mind up you're going to be mine
I'll tell you right now
Any trick in the book now, baby, all that I can find

The first two lines have nothing to do with the rest of the song. The sun shined through his window and he changed his ways in some unspecified way. The rest of the song is Donovan trying to pick up a girl. He says he was at a beach with her at sunset. He tells her that he will be fantastic in bed, as in "slowly blow your little mind". He refers to himself as a superhero (Superman or Green Lantern have nothing on him), and what he bases his greatness on is the fact that he will make like a turtle and dive for her pearls in the sea, which is a very sneaky way of saying he will go down on her. There's your song. Donovan telling a girl he will go down on her like Superman.

What Does Sunshine Superman Mean?

The Meaning of "Chained to the Music"