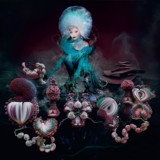 Björk is a well known icelandic experimental artist from Reykjavik, Iceland, and was born on Sunday 21st of November 1965. According to our records Björk has recorded approximately 1,878 music tracks and released 39 albums since the beginning of her musical carrier in 1977.

Venus As a Boy
by Björk

It's Oh So Quiet
by Björk

Come to Me
by Björk

Arisen My Senses
by Björk, Arca

Blissing Me
by Björk, serpentwithfeet

An Echo a Stain
by Björk

The Gate
by Björk, Arca

That's all the Björk songs we got.

That's all the Björk albums we got.