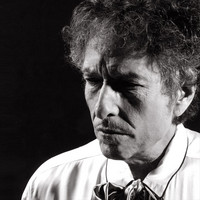 Who is Bob Dylan?

Bob Dylan is an American singer and songwriter. His early music was based in folk and blues, but in the mid-60s he 'went electric' and moved into rock territory. Over a six-decade career he has released a total of 36 studio albums. His output in the '60s, such as The Times They Are a-Changin' (1964), became synonymous with the counter-culture movement in the US. His music is largely defined by his lyrics, which incorporate social, political and literary elements. Since June, 1988 Dylan has toured almost continuously with a revolving line-up of musicians. Critics and fans have labelled this the Never Ending Tour, although Dylan himself dismisses the term.

She Belongs to Me
by Bob Dylan

The Ballad of Frankie Lee and Judas Priest
by Bob Dylan

One More Cup Of Coffee
by Bob Dylan

Masters of War
by Bob Dylan

Must Be Santa
by Bob Dylan

Visions Of Johanna
by Bob Dylan

Do You Hear What I Hear?
by Bob Dylan

2
1
I Contain Multitudes
by Bob Dylan

1
3
My Own Version of You
by Bob Dylan

2
7
Mother of Muses
by Bob Dylan

1
8
Crossing the Rubicon
by Bob Dylan

6
2
Cantina Theme (Workin' for the Law)
by Bob Dylan

That's all the Bob Dylan songs we got.

That's all the Bob Dylan albums we got.