Gonzoe is a well known Bay Area Hip Hop artist from Los Angeles, California, United States, and was born on Wednesday 4th of February 1976. According to our records Gonzoe has recorded approximately 489 music tracks and released 20 albums since the beginning of his musical carrier in 1990. We have a collection of 3 song lyrics by Gonzoe for you to explore.

0
8
Flesh and Blood
by Gonzoe

0
7
That Recipe
by Gonzoe, WestCoast Cizzle

0
15
The Feeling Mutual
by Gonzoe, Daff

That's all the Gonzoe songs we got.

That's all the Gonzoe albums we got. 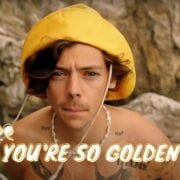