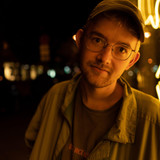 Juicy Gay is a well known german cloud rap artist . According to our records Juicy Gay has recorded approximately 117 music tracks and released 6 albums . We have a collection of 10 song lyrics by Juicy Gay for you to explore.

That's all the Juicy Gay songs we got.

That's all the Juicy Gay albums we got.