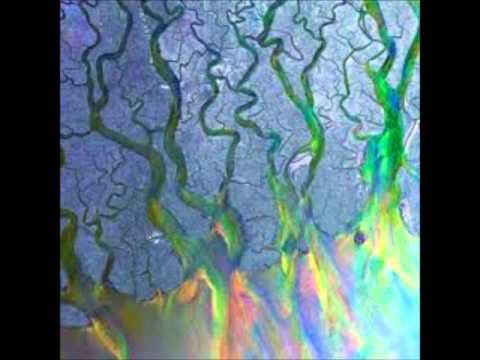 Your sting red full stops my skin, dotted, scratch scratch, now I'm bleeding.
Legions upon legions of craftsmen handmade my feelings.
There's bears in the wood and they're out to get me,
And I'm safe from harm if I stay in this chalet.
And hold me tight and I'll sink in,

I'm absorbed in your thinking,
And you don't know.
Your sting red full stops my skin, dotted, scratch scratch, now I'm bleeding.
Legions upon legions of craftsmen handmade my feelings
For you.

Either he is comparing a relationship to using heroin or he's just talking about heroin. Take it either way, but the first is easier to explain. "Your sting red full stops my skin Dotted, scratch, scratch Now I'm bleeding" In my interpretation, this is in reference to dots of blood where needles stabbed, and scratching from the itchy effects of heroin that many users experience. "Legions upon legions of craftsmen handmade my feelings" Could be talking about the "heroin cooks" that handmade the substance which is contributing to what he's feeling--this is where it's tricky to compare it to a relationship. "For you" Here, is where I speculated that he could be talking about another person--comparing them to the addictive nature of heroin, or it could just be a love song about the drug. "There's bears in the woods and they're out to get me... I'm safe from harm if I stay in the chalet." Heroin is not a hallucinagen, but anxiety is a withdrawal symptom. If he "stays in the chalet"--or keeps using--he'll be safe from harm--or from anxiety. This could be paralleled to anxiety of losing a person he's in a relationship with. "Hold me tight, and I'll sink in I'm absorbed in your thinking." This could be a romanticized crooning to his drug of choice, or just to the person in his relationship. Keep in mind, this is an interpretation and the notion that Alt-j's frontman could be singing about heroin or even another person could be completely off. Also, one doesn't need to have ever used heroin to write a song about it and thus no one can make any implications or judgements about the frontman of Alt-j as to whether or not he has ever used heroin. Sources: WebMD, and watching too much Breaking Bad

What Does Hand-made Mean?

Lookin' For A Good Time
by Lady A

Science
by System of a Down