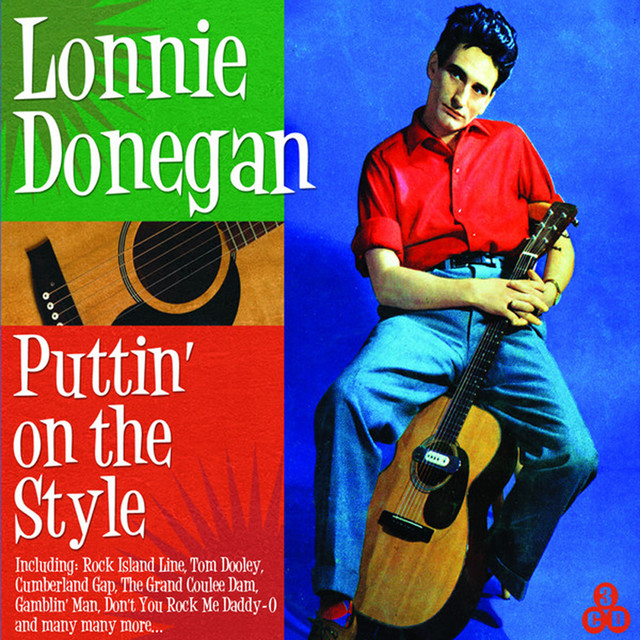 [L.D.]
We'll take it a bit slower
This is, this is the, huh, this is the first song I ever learned, actually
Frankie and Johnny were sweethearts
Lordy, how they could love

Swore to be true to each other
Yeah, true to the skies above
He was her man, wouldn't do her no wrong
And Frankie and Johnny went walkin'

And Johnny had on a new suit
Yeah, Frankie spent one-hundred dollar notes
Just to make her man look cute
He was her man, he wouldn't do her no wrong

Frankie went over to the barroom
Stopped for a bottle of beer
Said to the old bartender man
Has my lover Johnny man been here?

He was my man, Lord, but he'd been doin' me wrong, so wrong.
Yeah Frankie looked over the transom door
And then to her great surprise
There sat her lover man Johnny

Makin' love to Nellie Bly
He was her man, but he was doin' her wrong
Well Frankie lifted up her kimono dress
And she drew (ladaladalala) out a little .44

She shot once, twice, three times (three times) she shot him
And through that hardwood (door) floor
Yeah she shot her man (yeah he was her man)
Well but he been doin' her wrong yeah

I was your man, but I been doin' you wrong.
Play it Chris!

Well they sent for Frankie's mother
Come down to Huddy's saloon
To see what's the matter with her boy
She come down, Frankie looked up at her

Here what she said:
She said, Oh Mrs. Johnson, oh forgive me please
Well I killed your lovin' son, Johnny
But I'm down on my bended knee

He's the only support that I've got,
'Cause you shot my man and he was doin' you wrong.
Well the last time I seen Frankie
She was a-sittin' in a dungeon cell

She would be there moanin', herself
With no one there to care
She shot her man, a he'd been doin' her wrong, so wrong
Well bring out the overtime hearse all day long

You gotta bring out the pony and truck hey
They're gonna take Johnny, Johnny to the cemetery (graveyard)
And they ain't never coming back
Oh he was her man, oh but he been doin' her wrong, so wrong

Post your thoughts on the meaning of "Frankie and Johnny".

What Does Frankie and Johnny Mean?

Hands to Myself
by Selena Gomez

Getting Off
by Korn

Help!
by The Beatles