Kygo teams up with Imagine Dragons for his hit single entitled “Born To Be Yours”. Released on June 11th, 2018, the song is already a worldwide hit while the video is trending on YouTube. So below we’re going to find out what Kygo and Image Dragons mean with “Born To Be Yours”.

In Verse 1 Imagine Dragons lead singer Dan Reynolds describes his quests for love that led him to despair more than just a few times previously. Apparently, before meeting this new special person, Dan gave up on the idea of having someone to love and right now he is clearly seeing this as an unexpected miracle. However, like any love story, things don’t go as simple as planned.

Are you the only one

In the Chorus, Dan tells us that he never got the opportunity to get this close to someone before. Dan plans on fighting for his love and in fact, he’s certain that this is his true love. However, In Verse 2 the singer starts to question himself while acknowledging that this love might be impossible.

Are you the only one
Lost in the millions?
Or are you my grain of sand
That’s blowing in the wind?

Born To Be Yours by Imagine Dragons, Kygo

This is the right time when his supposed love needs to express mutual feelings in order for everything to fall in place. After delivering the Chorus one more time, Dan decides to bet everything on his feelings. In the next Bridge and Outro, he simply describes his motto as Born To Be Yours hence the song title.

Overall, the song is meant to express genuine excitement and feelings when one finds someone to love. These feelings grow even more when that certain someone is actually the love of your life and you have the chance to fight for him or her. “Born To Be Yours” could be the soundtrack for this battle for love.

Born To Be Yours Lyrics
View Song Lyrics Here!

Tags: Born To Be Yours EDM Imagine Dragons Kygo 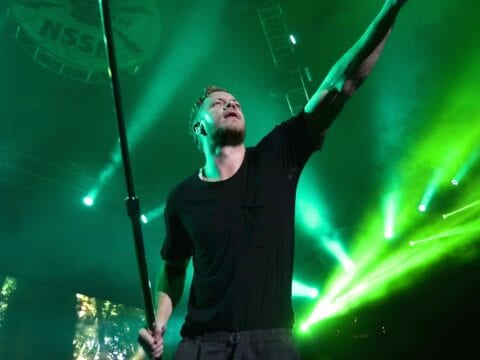