Is Lorde a rapper? It depends on who you ask. In the song “Royals,” she definitely makes use of a familiar rap cliché.

She’s never seen a diamond in the flesh. She’s from a torn-up town, no postcard envy. This is a cliffhanger, implying some kind of but. But what?

Surely, now she proclaims about how she’s transcended working-class life, right? Or at least, is on her way there?

Wait a sec. This is her but: Every song’s like… Suddenly, we’re hit with a catalog of luxuries – things “new money” rappers supposedly now enjoy with abandon: “gold teeth”, “Grey Goose” vodka, trashin’ “the hotel room”.

And another but: we don’t care. Then, more new money revelries: Cristal, diamonds, jet planes, and even tigers on a gold leash… We aren’t caught up in your love affair.

Now, time to sing along: And we’ll never be royals! For this title word, then ruler, and I’ll rule, the backup singers support her message with a high-pitched mockery of the turned-up noses of the upper classes or actual royalty.

In her own crowd, though, Lorde is a ruler: You can call me Queen Bee. In her mind, she’s already made it. Let me live that fantasy, she declares. But she’s already been living it – without anyone’s help. More like, f**k off – with one-percenter politeness.

She and her friends have cracked the code. They count their dollars on the train to the party. And apparently, they always do have enough to party.

To be fair, maybe another rap cliché is claiming one’s authenticity. Regardless, Lorde makes a very catchy argument in her favor. 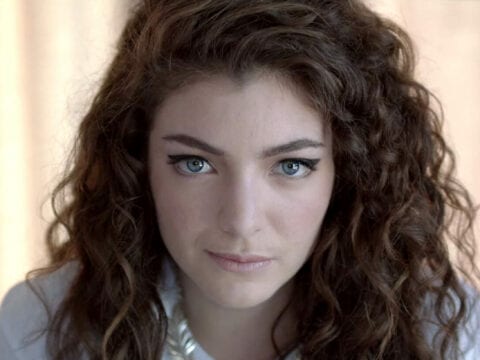