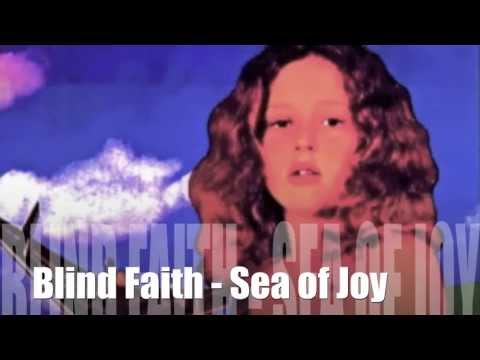 Following the shadows of the skies,
Or are they only figments of my eyes?
And I'm feeling close to when the race is run.
Waiting in our boats to set sail.
Sea of joy.

Once the door swings open into space,
And I'm already waiting in disguise.
Is it just a thorn between my eyes?
Waiting in our boats to set sail.
Sea of joy.

Having trouble coming through,
Through this concrete blocks my view
And it's all because of you.

Oh, is it just a thorn between my eyes?
Waiting in our boats to set sail.
Sea of joy.

I read someone's opinion on the meaning, and his was as good as any. Slaves being led through a tunnel in which they thought was leading them to freedom. Instead the tunnel opened up at a ship that would bring them to America where they would be sold. "Sea of Joy" being a euphemism for the ship, because at the end of the song Winwood sings "set them free. I don't know if the song means that, but I think of it that way now when I hearvit. My favorite Blind Faith tune, really one of my favorites, period.

What Does Sea Of Joy Mean?