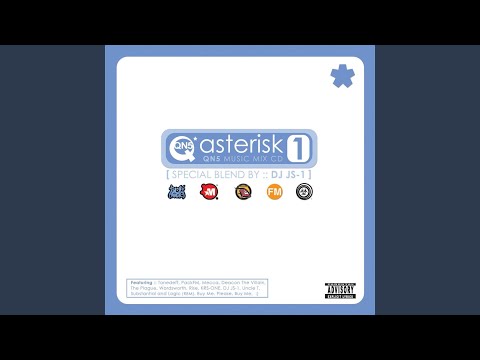 Ayo, I'm playing knick-knack patty knock a beat the fuck out
Rejecting cats faster than gay kids bounced from the cub scouts
Tossed from the front door of the clubhouse, like, "What's up now?"
Scour the grout off they feet and making 'em walk the rough route
I'm sick of niggas wearing Sean-John, always puffed out
Hogging mics, acting retarded, just like Forrest Gump sounds
So, if these rappers want to bust rounds, I'll have a field day
I'm always in-zones when I touchdown, Compton to Bucktown
Pounding the scrubs, How in the fuck your stuff counts?
When Verbs is on witness protection, after hearing how I snuffed Nouns
Stalk a circus and hunt clowns... If you're smoking
Tonedeff causes Emphysema, and will ultimately turn your lungs brown
And that's my recommendation, I'm saving ya' from deterioration
By making replacements for inferior baseman
Players that never could play at the game they were placed in
Checking the roster for their names, just to discover that they were scraped in

Yo, I cross cultures like puzzles of words
All y'all nickel and dime MCs are better off smuggling herb
The minute I mutter a verb, I spark infernos
I should be locked up for fucking kids like I was Mary Kay Latourneau
You saying there were no... Witnesses
Quick... If this hypocrite fibs a bit
Kick his shit in and just get the whip and a hypnotist
I'll finish him with a little lyrical hit and then stick 'em and spit in his
Liquor with gin in it till he's admitting it
Y'all whack rappers are just effeminate
If eating dick's la vida loca, y'all niggas is living it
So, Come on! No need to do the arithmetic
This kid is just sick, so, heads up, peep my single ridiculous
I inconspicuously wow brothers, without stutters, leave sounds smothered
You couldn't come to grips with cow udders
Like proud mothers, I brag with the best of 'em
Ask your man what score he got after Mr. Deff tested

If you're the champ, hand over the fucking title now
More rules than a Cider House
Pay me the proper respect... Just close your eyes and bow
Its show and tell ya better hide your style
I'm trying to separate the whack from the weak and I can't seem to divide the pile
Stop grinning or I'ma strike ya smile
Like lawyers strapped with time bombs, you'll never survive the trial
'Cause I'll defile ya name, card your ass and swipe ya file
Bitch, I'm the river of venomous flows that spiked the Nile
Despite denial, some rappers are never happy
Yelling and shit with no email address talking 'bout get at me
Dog, I'm serious, with hand-helds I'm shouting out, like Nextel
Don't need a copy of Microsoft Office to Excel
Word. I'm making these power points like Bill Gates
'Cause yo, if tone is recorded on chrome, its instantly the ill Tape
You know Domingo makes the real breaks
Your mother said "Guanabana", when I asked her how the dillz tastes.

Post your thoughts on the meaning of "Spanish Song".

What Does Spanish Song Mean?

The Shape
by Slipknot

My Parties
by Dire Straits