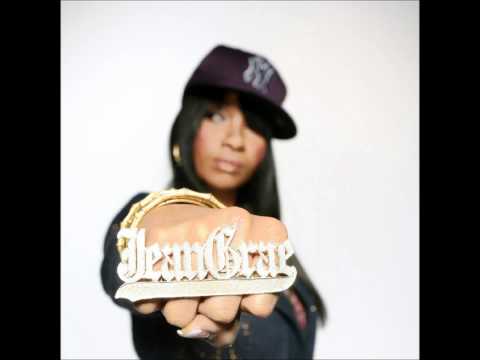 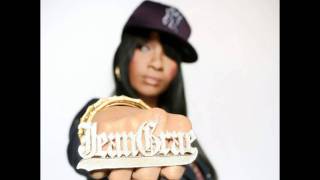 She grew up believing in passion and love
Whose folks divorced and remarried
Very naive
Seen life and committments that shoulda been dead and buried
Highly sentimental
Sensitive
Gentle beyond the point she should be
What might be obvious to most, she says they too bitter
Can't see the world the way she does
Clean lungs, undamaged liver
Sees thugs through a pink-tinted glasses
Occasionally
Weed does make her giggle
Listen to some music closer
Dudes approach her
Lightly
Want to be her lover and she obliges
Likes to cuddle under the covers by candlelit fires
Oblivious to lying schemes to talk her out of clothes
Says she's just in love with love
Cuts her classes
Spending too much time entrancing romancing
Things are changing quickly
She's asking "why aren't you spending more time with me?"
Nigga's eyes are getting shifty
Coming over later smelling of pussy
On his face, jeans, and sweaters something's fishy
And it's not what he tells her, man, it's what he don't
And she don't understand and for some years, she probly won't
Just wants an honest man
For goodness sake
They backstabbing and cutting her throat
Restraining orders follow, but she still optomistic about it
Like annie, thinking tomorrow will maybe be a better day
I let her pray on bended knees "ask him to send prince charming, please"
She's never cheated
Treats her man well
Cooks, cleans, dresses sexy for him
Halter tops and tight jeans
Would break the law for him
Go through a couple of these relationships
Still stays strong
She's too young and dumb to call it quits
Learns that she carrying twice
Scared and afraid the first time
The second she don't even cry
Makes her wipe away his tears and it hurts
They always leave return crazy, so she doesn't flirt
Spends time warning the babies
Goes through a couple of these relationships and still stays strong
Too young and dumb to call it quits
Its still a love song

She's got a good man
She's 19, he's 21 and sweet and honest
Promised to love her
Talk of marriage
She would never want to be somebody's baby's mother
Use rubbers occasionally
When she's flowing
Open to all the affection and gifts and all the good manners he's showing
He's trying to build a life for himself
Studies late computer shit and she's missing attention that she's not getting
Sex dwindles
Crawling in the sheets
He say "ya tired" and she say she feel "neglect and defeat"
Just doesn't see his ambition
She want to be the universe and hold his center position
Starts hanging round the best friend more
Crazy attraction takes impultive action
Drop the drawers
And falls in love
The world explodes
And she confesses "yeah I did it, so?"
They so tight it like he moves when she stretches
Over the couple years
Too many stresses
Girls who want to fight her
Bitches writing letters
Friendships disappearing
Plus he rhymes, so it's competitive
Pressure miscarriage
They break up fifty times a week and make up just as much
He fuckin', and I know, but pretending I'm out of touch
It's getting strained and gets physical
She cries until the river dries and leaves her dead and cold
Packs up her things and leaves behind what I thought was gold was only gold-plated
Thinking of all the other ones I coulda just left and up and dated
Singled after four years
Starting over never easy
But it takes some time to realize your own worth
Come into your own
Play your mental rebirth
She starts penning some better poems
Straighten up her bank account
Likes to take herself out
I'm getting better at it
I've had a few relationships
But still too young and dumb enough to call it quits
It's still a love song

Maybe it's easier to talk about this shit in third person
Learning better
Wooking pa nub in all the wrong places
Like I'm Eddie Murphy
Curse me to repeat the same cycle
I'm breaking
No longer think relations make a better woman
Just for life, I'm pursuing
Growing, but hopelessly romantic still
Tasted weather in the bitter climates
Love the sunshine better
Dreaming of dream proposals
Decent moral values placing higher on my chart
Trying not to have a shallow heart
But battle scars are deep and reaching to the depth of hell and back
Try to give up the grudges
Think it's experience and move from the clutches of sadness
It's difficult
Sometimes I wish I wasn't an adult
Adolescent primetime sitcom star
I've been too far and too much, too hard, for too long
It's still a love song

Post your thoughts on the meaning of "Love Song".

What Does Love Song Mean?

Hopeful Desires When You "Love Me Like You Do"