Counting Stars is one of the most popular songs by OneRepublic that reached the top of the charts worldwide. Soon after its release in June 2013, the single reached number 1 position on the charts in the UK and Canada, and well, that catchy tune didn’t leave our heads two years later.

Although Ryan Tedder, the frontman of OneRepublic, is now known as the Undercover King of Pop and the group is widely recognized for their success in the music industry it wasn’t always that way. What has Ryan’s personal life have to do with the song ‘Counting Stars’? Well, it turns out a lot, so let’s connect the dots.

Ryan has been losing sleep, dreaming about the things that he and his wife Genevieve could be. Before fame knocked on his door, Ryan was a shop assistant at Pottery Barn, and he was selling his songs to music producers. He, however, never gave up on his dream of pursuing a musical career.

Being raised in a religious family, he’s always had faith and was praying hard. Later in the song, he also alludes to Bible verses: … seek, and ye shell find, where he expresses his faith that dreams can come true if you believe and work hard enough.

This brings us to OneRepublic’s success – it didn’t come overnight, and with many obstacles on the way, the band’s only become stronger, which explains the line Everything that kills me makes me feel alive. Sooner or later, we all learn that you can’t truly appreciate success if you don’t fail (Everything that drowns me makes me wanna fly).

The singer’s very much aware that both good and bad things in life are temporary, and this goes hand in hand with the meaning of his tattoo – God gives, and God takes.

All of this leads us to the lines Take that money watch it burn. These lines can be related to a story Tedder shared while being one of the mentors on The Voice about him and his wife dreaming about overcoming financial struggles and having money to burn. However, there’s another, the deeper meaning of these lines. Unlike truly important things in life, money just comes and goes. So, the lesson is: monetary is momentary. 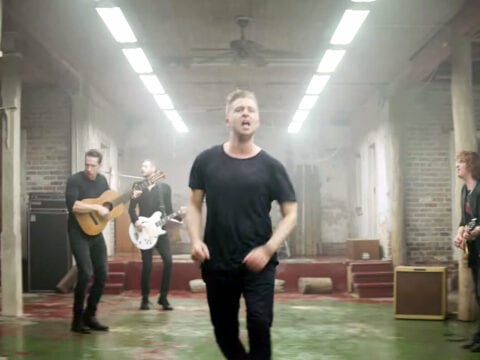