While listening to a song for the first time, most of us don’t bother even to try to interpret the lyrics. But when you stop and hear what the Australian singer Sia is expressing in Chandelier, you can’t help but simply be amazed that this is something way beyond “just another successful hit”.

Listen to the lyrics to find the song’s meaning

Hidden in the lyrics, the story of the song-writer is revealing a tough and sorrowful story of one personal battle – the one that Sia herself had to lead against addictions. Of course, this technique in song-writing is popular, but what’s interesting here is the choice of words she made.

The first thing that crosses one’s mind when thinking about alcoholism, partying hard and use of addictive substances, is that I’m gonna swing from the chandelier could literally mean suicide.

On the other hand, this “swinging” points directly to the sad, broken attention-seeker who desperately needs help but fails to express in a good way this need of his own.

Alone in her own fight against addictions and problems, the main character in the story (brilliantly performed by a young Sia-like girl in the video of the song) passes through ups and downs, shameful moments and despair, while having another glass full until morning light. But she’s holding on for dear life and she’ll continue to hold on until she finally gets through this.

In a certain, maybe even more dramatic way, the song re-creates Sia’s story and serves as attention sign for all the young girls who find themselves swinging from the chandelier at a party, fiercely starving for attention –  attention, but from the wrong people; attention, but on the wrong place and definitely in a wrong way. 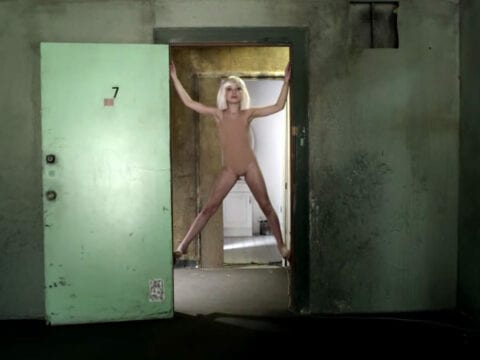 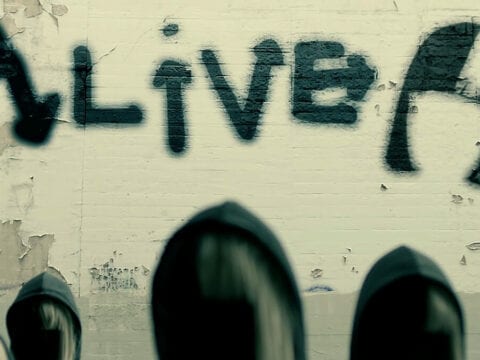 A Look Into the Meaning of Sia’s “Alive” Song