It seems like every song that Kendrick Lamar puts out there features a strong statement aiming to make you think. Some of them are actually more party-themed based on flow exercising and fast rhythm and some are looking to highlight your inner self and make you think but it looks like “These Walls” is a little bit of everything.

The Meaning of “These Walls”

In this case, the walls are used as a metaphor in order to connect different situations with emotions such as lust, desire, frustration, and anticipation. In the first verse Kendrick tells us how he found himself desired by a woman looking to work her “walls” but since she can’t or won’t speak whatever she’s feeling inside her body language is making all the statements necessary.

As soon as their act starts and they become intimate, the rapper associates his female friend’s private parts with a room and her body with a building he sometimes visits. Even if it sounds cold Kendrick actually describes their encounter really intense and full of pain, resentment, vulnerability, and tension relieving. Despite having the woman offering herself, Kendrick Lamar knows that she was always in charge of her actions and it was entirely her decision.

Kendrick Lamar Drops a Twist in the Story

The second verse describes their private encounters even further with the rapper trying to get a hold on the situation but the 3rd verse has a completely different meaning. It turns out the woman is not single and she has a baby with someone that is incarcerated. The walls for him have a completely different meaning because he is surrounded and reminded every day that his destiny accepted his faith.

This man can only hope and dream about a better living after committing his crime (which he does ) but Kendrick also makes a strong connection between this man’s situation and his self-conscience because inside the rapper also feels trapped. In another song called “Sing about me“, the Compton rapper describes how a close friend was shot and killed and if we do some thinking the killer could be the other male character of this song.

Kendrick Lamar promised to tell his friend’s story to the world but he also used his fame to take revenge and sleep with the killer’s baby momma. Now that the man incarcerated figured it out he is probably tormented by the fact that he can’t do anything about it but then again Lamar is also in conflict with himself for losing his friend and doing what he did.

Checkout the lyrics to "These Walls"
Click here to view lyrics!

Tags: Hip Hop Kendrick Lamar Sing about me These Walls

The Meaning of “Chained to the Music” 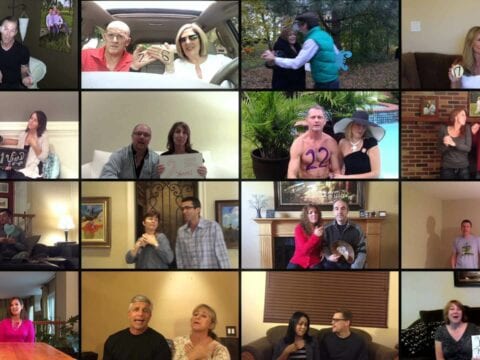