3 kids started off being friends to the end
Growing up in a time that turned boys to men
Carlo was the slick one, the little girls liked him
And all the little niggaz in the hood, wanted to fight him
But Carlo, main nigga James wasn't having that
James had boxing game and left niggaz laying flat
All of us 12 or 13 at the time
Drinking cheap wine, and smokin' brown bag dimes
I was into writing rhyme in class at school
Waitin' for the bell to ring so we can go and shoot pool
One day, some up the block niggaz came talking shit
Bragin' on they clique, and how many crews they click with
Tryin' to start some extra clip shit, them niggaz so for real
James so cool to get with fucked his whole grill
Carlo, that slick nigga pulled a 22
They got some heat too, what the fuck we gonna do?
Bust and hit the backdoor, now we in the alleyway
Running, heart pumpin' fast tryin' to see another day
Blessed to escape the mayhem
Time and time again, we escaped the mayhem

[Talking]
Yo, what's been goin' on dogg?
Man, that shit goin' down dogg
what's goin' down with you?
I done heard you got rich huh?
You don't fuck around with us in the hood no more huh?

You know it's funny how shit changes, right?
How life can loosen up a friendship that's so tight
Years after all the horseplay and misdemeanor crimes
Us being homeboys, didn't seem so fine
Years of just fuckin' around, rappin' in the neighborhood
Found me with a gold album, tryin' to live my life good
Carlo got popped with 8 keys in a minivan
Somewhere in Tex, Arcan, doin' about a hundred man
That nigga James, straight cutthroat on them snouts
Robbin' dope boys, gettin' what the fuck he want
The game changed, now you gotta play with death
Now I have to ask myself

Chorus:
Do you remember your childhood, back when
You didn't have to have loot, to have friends
Now it's all about your benjamins, your cash flow
And if a nigga fuck with that, he better know
Time changed everything, between us
And if I see you in the streets, I gotta bust
You used to be a friend to me, one I could trust
Now if you see me in the streets, you better bust

One day, I'm on my way to the studio, ya dig?
Pick up a zip of hay, after I drop off my kids
Flippin' through the hood, seen James with his little crew
Blue rags up, in a drop top Malibu
Bloodshot eyes, I could smell the dip burnin'
Bumpin' DJ Squeeky, flashin' what the earnin'
He asked about Carlo, well what can I say?
I write him when I get a chance, but I pray for him everyday
Lookin' at my ride, tellin' me nigga you comin' up
Fuckin' with that rappin' stuff, I guess you just forgot about us
Nah cat, it ain't like that
I gotta eat, that's when James clicked and pulled out his fuckin' heat
I hit the gas, he kept bustin' till the clip was empty
17 shots, and didn't nothin hot nip me
Quickly, grabbed my shit and opened it up wide
The nigga on the passenger side instantly died
James bailed, I gave chase, fuck the consequence
If I let him live, he'll start another incident
12 years ago, I never thought I'd see the day
Shit would ever be this way 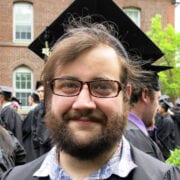